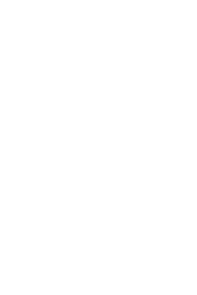 A&B Mylec Pty Ltd was requested by our client to conduct a performance review of the Horizontal Belt Filters (HBFs) in their Coal Preparation Plant, and to propose recommendations to decrease the HBF product moisture. 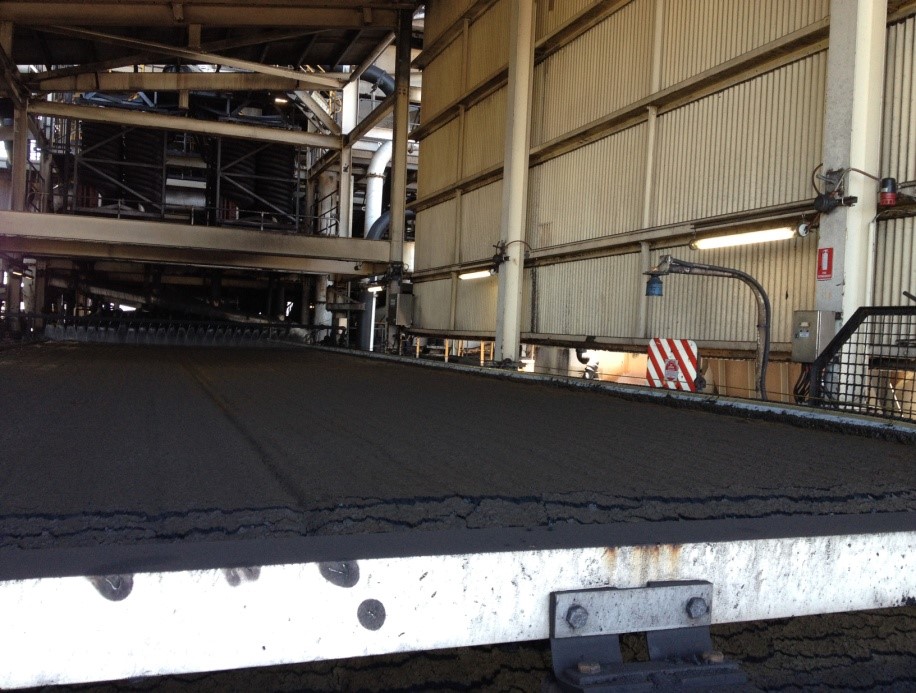 The client had recently engaged A&B Mylec to justify the installation of additional HBF capacity which had been previously purchased. A&B Mylec identified an increase in yield and a reduction in moisture could be expected through this installation. During this process, concerns over higher current production moistures were raised as was identified by A&B Mylec in recent operational data. Actions from this work included investigating the cause of an increase in HBF product moisture and these were required to be identified before the additional HBF capacity project could be progressed further.

A site inspection was conducted in 2014. A visual inspection of the HBFs and ancillary equipment was performed as well as reviewing the overall operating conditions. The report presented the findings and recommended actions to improve the HBF performance and product moistures. The HBF inspection identified many areas that needed improvement in order to achieve optimal machine performance and consequently reduced product moisture. The key areas were the lack of vacuum pressure, water supply and distribution to the HBF and ancillary equipment, as well as establishing the optimal cloth type for the product coal. During the investigation into the types of cloth currently installed a correlation was evident between the supply of a different type and the historical times of higher moisture. It was further identified that the client had operated alternate cloths in previous years. A history of the HBF suppliers and cloth type used was compiled and outlined in the graph below against the HBF moistures by A&B Mylec. 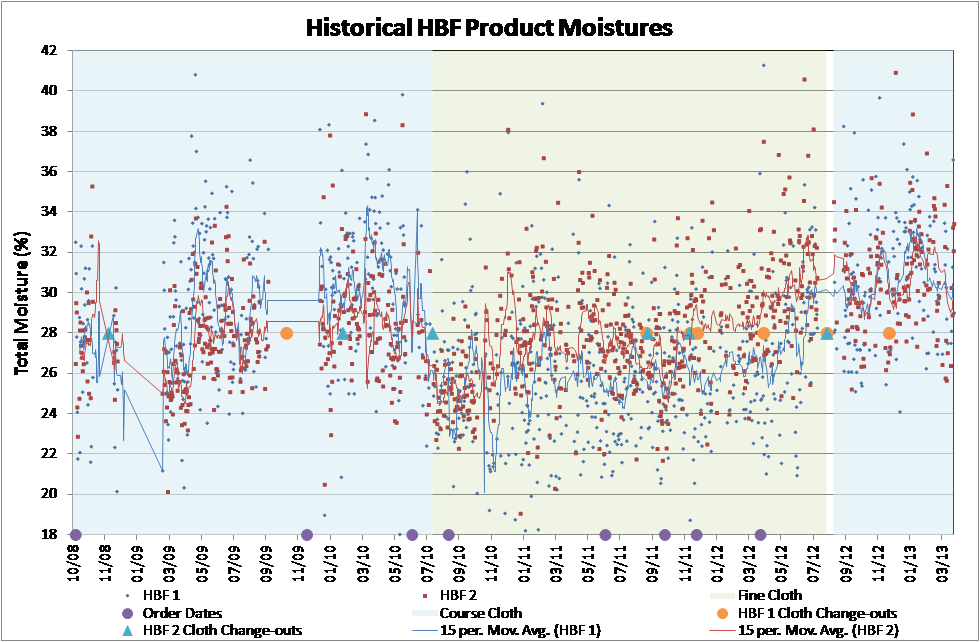 It can be seen there are several supplier changes, most notably are the cloth type changes on 25/6/2010 and 4/4/2012. The blue shaded areas indicate when the thicker weave cloth was in use, and the green shaded area is the finer weave fabric. The purple markers at the bottom of the figure are the order dates so allowing for lead times it was anticicpated that they would be available in 2-3 months after this date. There is a significant time difference between the two occurrences, but the product moistures correlate reasonably well given that the suppliers are not the same. The change back to the thicker weave cloth occurred on the August shut-down.

The critical path currently is the purchase and delivery of the finer weave cloth which will be used prior to the cloth type bench mark testing.

A&B Mylec has received positive feedback on this report and subsequent to completing this body of work, the application for installation of additional HBF capacity has occurred and further requests for similar inspections have been received.

For more information or to enquire how we can help you - contact Todd McDonald on 0749279188 or email Todd McDonald.